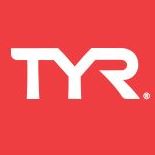 40% OFF TYR Swimwear & Tri Gear (including wetsuits) Named after the mythical Norse god of warriors and deity among all athletes, the TYR brand embodies the competitive spirit of sports and is a symbol of courage and victory. Founded in 1985, TYR has passionately dedicated itself to redefining the next generation of performance and […]
To access this content, you must purchase Seasonal Tri Club Membership, Annual Tri Club Membership or 2022 Beginner Tri Program, or log in if you are a member.
Newsletter Sign Up

JOIN THE CLUB for access to member discounts and club perks!

Already a member?  Log in to view coupon codes and discount information?  Email info@empiretriclub.com if you’re having trouble.