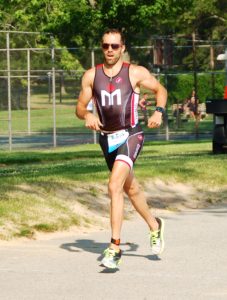 He is a level I USAT certified triathlon coach and category 3 road cyclist.  This past October, Olof finished 3rd overall at IRONMAN Louisville with a time of (9:09) and qualified for the IRONMAN World Championship; the world’s most prestigious triathlon.   Within the same month he won 1st place at Empire Tri’s Beer Mile and finished of the season by marrying his fellow Empire coach and IRONMAN, Caitlin Alexander.

Olof is a firm believer that everyone can go beyond their perceived limits, and he is passionate about showing you how. He has worked with many athletes helping them reach their fitness and racing goals.

“Olof has helped me tremendously. He pushes me to be stronger and faster than I thought possible. His coaching supports me both physically and mentally.” – Sam Tergek