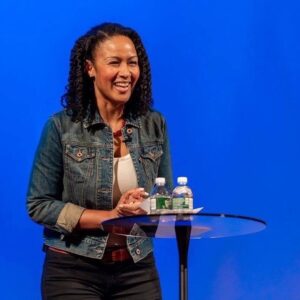 2) What’s your nutrition plan—what are you watching, listening to, eating, how are you spending your time? These things are feeding your soul. 3) What are you allowing to stop you from being everything you were created to be?

Please enjoy the full message if you’d like to with the link below. Doc starts speaking right after the 1 hour mark and shares for about 45 min.

Doc, your entire team is so proud of you!! ❤️

Categories: A Conversation with your Favorite Athletes, Coaches Corner 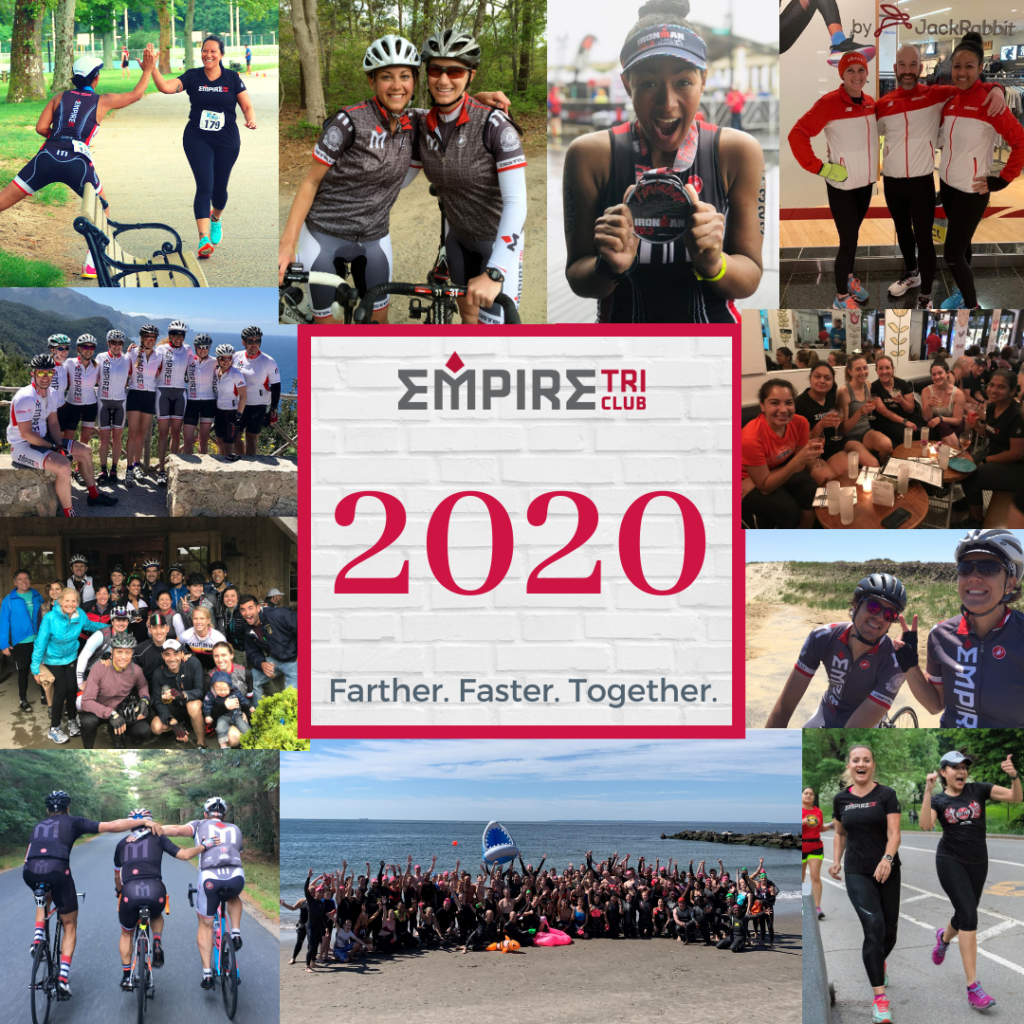 Every year, we see ad after ad, encouraging us to “lose weight” “get healthy” “join a gym”, etc.  Year after year, gyms are packed from January to March with the promise of a better body, more energy, etc. etc. etc.  But why is it that within a few short weeks, that annoying shower line at the gym dissapears?
There’s a big difference between a CROWD and a COMMUNITY, which is why you can go to a croweded gym and still feel no connection to the people in it.  How is it that you can feel alone when you’re surrounded by people? That’s the difference between joining a PLACE and joining a TEAM.  People who are part of a TEAM are more likely to STAY THE COURSE.
What I’ve learned over the years from competing and coaching hundreds of athletes, is how big of a role COMMUNITY has on your ability to stick to your resolutions.
When you join a TEAM, you’re instantly connected with likeminded people with similiar GOALS and ASPIRATIONS.  You BOND over early rides and coffee instead of beers and wings.  You’re somehow convinced that a Ragnar Relay is a good idea, and that it would be fun to ring in the new year with a midnight run in Central Park.  Suddendly the one triathlon you set your sights on morphs into five, and you find yourself contemplating an IRONMAN for next season (what?!?).  You find your benchmarks shifting from “to lose 10 pounds” to “to PR my next race” and you’re looking for ways to make your body PERFORM at its best rather than LOOK its best.  (When you shift your perspective, the latter often follows!)
Before long, your teammates become FRIENDS who will hold you ACCOUNTABLE every step of the way.
You look forward to meeting your friend for a morning run and wouldn’t dare hit snooze and stand her up.  You LEARN what to wear as the seasons change to stay dry and comfortable when working out.  You realize that lending an ear on on a long run can often be better than a therapist.
It takes COURAGE to get involved and taking the first step may not always come easy.  I’m PROUD of you for making that committment to yourself.  SHOWING UP allows you to see that you’re NOT ALONE in this venture.  Triathletes come in ALL shapes, sizes, paces and ages.
This year, I encourage you to make a different kind of resolution.  RESOLVE to become an active part in your COMMUNITY and the payoff will far surpass the investment.  Crossing a finish line alone is one thing.  Crossing it in the company of your teammates with encouragement, laughter, and the promise of a post-race party, changes the entire experience.
I’m THANKFUL for each and one of my teammates and EXCITED about all the new friends that will join us this season!
With love,
Alison

I have been very lucky in being able to take part in athletic competition from early on in my life. Growing up in Germany, I competed as a track runner and swimmer. I took part in my first triathlon at age fourteen. To date, I competed in three Ironman events (just missing a Kona spot in my first attempt), ten Half Ironman events (including the 70.3 World Championship), two NYC marathons and over one hundred smaller events. I was named 2007 Best Male Triathlete by SBR Multisports, 2007 USAT All-American, and accrued many podium finishes. My true passion being cycling, I rode my bike over 1,100 miles in nine days from Germany to Barcelona entirely self-supported in 2009. The highlight of my short bike racing career was winning my category at a New York Time Trial in 2010, placing sixth overall, including pros.

However, only a few weeks later I experienced first symptoms of what was soon diagnosed as Popliteal Artery Entrapment causing a severe reduction of blood flow below my left knee resulting in immediate surgery. The following years lead to eleven more surgeries including a bypass which then failed in 2016. Replacing this bypass was a high-risk procedure which could have led to immediate amputation, so instead I have been rehabbing my left leg from only 30% blood flow with the goal of making it the best it can be. When faced with the decision to keep or amputate my leg, the Challenged Athletes Foundation (CAF) introduced me to athletes and their families who have gone through similar life experiences. It is through my whole family’s interactions with the CAF family we have been able to push through merely losing my left leg. Rather than watching TV in self misery, I was inspired to rally and eventually complete events such as the Dirty Kanza 200, a 200-mile same-day race on gravel with over 11,000 feet of climbing. Now, I am hoping to qualify for Leadville 100 and then attempt the Leadboat after that.

Beyond my personal experiences, CAF is an inspiring non-profit organization that gives hope to thousands of individuals with physical disabilities around the world by providing support, mentoring and grants for adaptive sports equipment, competition and training expenses. The courage and perseverance of these athletes has influenced me and my entire family since we first attended their Heroes, Heart & Hope Gala in 2007. From then we have only become more involved by offering athletes to participate in Empire workouts, volunteering at adaptive swim & run clinics as well as the NYC triathlon and participating in the Million Dollar Challenge , a 7-day cycling event over 620+ miles together with para-athletes. 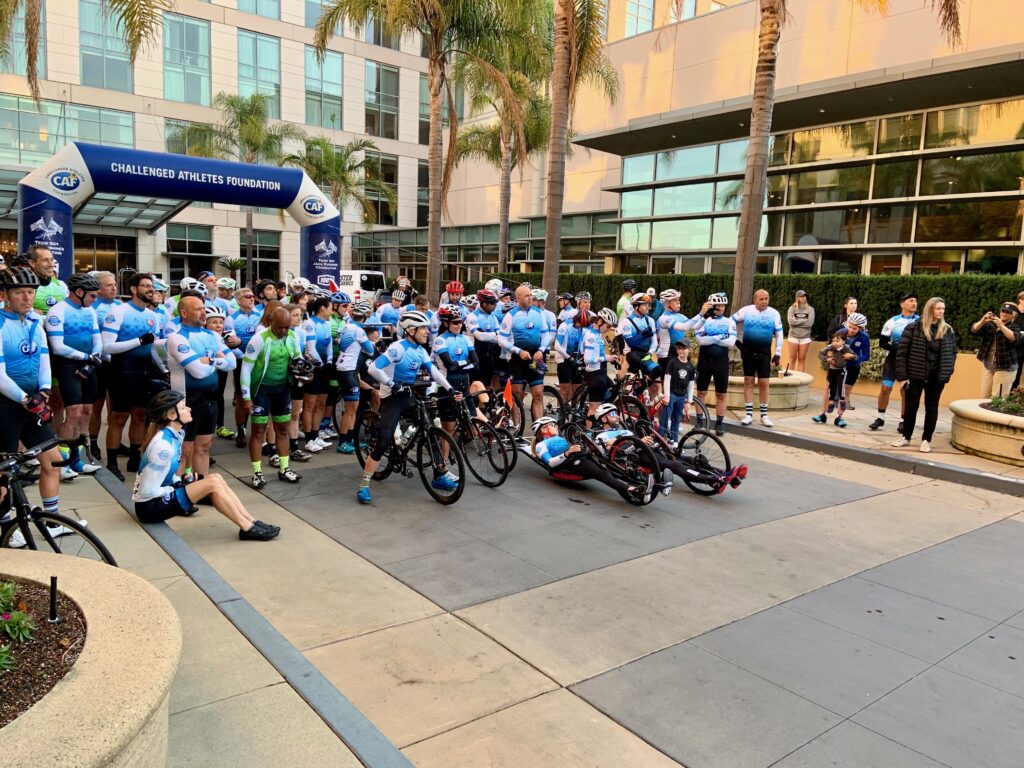 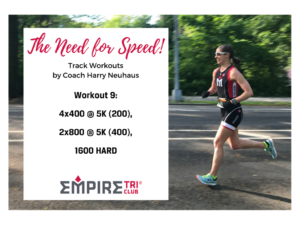 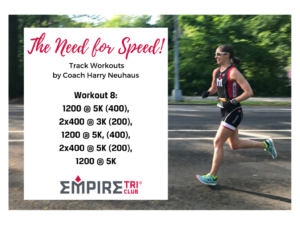 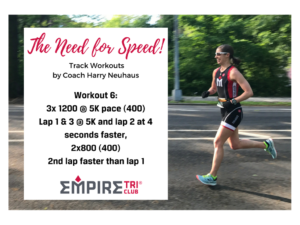 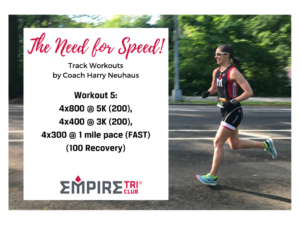 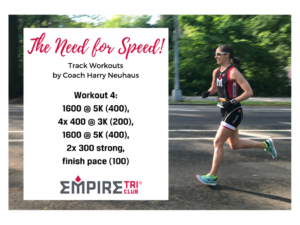 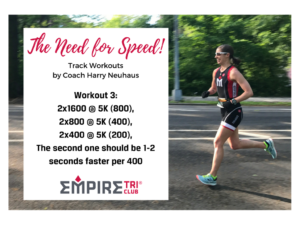